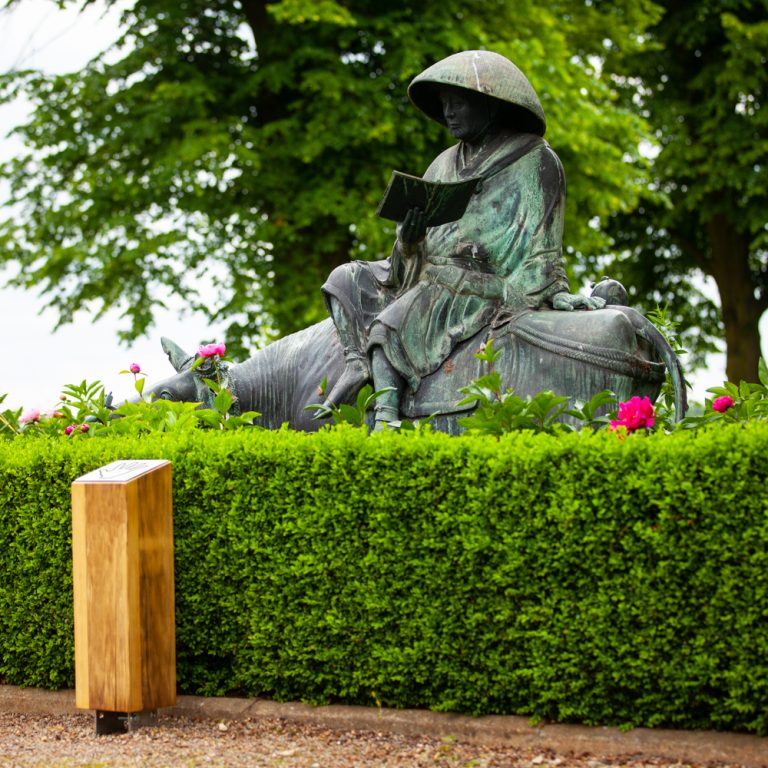 TouchPost brings a wealth of creative opportunities to locations wishing to step outside with interactive content, facilitating high quality audio presentations for any location, at the touch of a finger! With no moving parts and easy to update with audio content, TouchPost is the ideal solution for outdoor interactive audio information.

TouchPost can be used to provide all kinds of useful, fun or informative audio content to your visitors. With mains or solar power options this environmentally friendly solution can be used in the most remote outdoor locations and the attractive, subtle design ensures TouchPosts can be placed in the most visually sensitive environments.

Designed to survive the toughest conditions, TouchPost was developed for, and tested at RHS Harlow Carr in Harrogate, North Yorkshire. The external case is constructed from hard wearing Accoya® wood which is guaranteed for 10 years in all weather conditions. All the clever technology is housed inside the IP65 rated housing and TouchPost has no moving parts so is low maintenance and highly durable.

The external case is constructed from hard wearing Accoya® wood which is guaranteed for 10 years in all weather conditions.

All the clever technology is housed inside the IP65 rated housing and TouchPost has no moving parts so is low maintenance and highly durable.

TouchPost is environmentally friendly and can be used in the most remote of outdoor locations.

Triggering the audio is as simple as touching the metal pad on the top of the TouchPost. The steel can be laser engraved to incorporate custom text or artwork.

MADE IN THE UK

TouchPost is designed and hand built in the Uk by Sound Leisure, with over 40 years experience in manufacturing high end commercial audio equipment.

The TouchPost plays from a professional grade SD card. New cards to be simply created and changed as required. 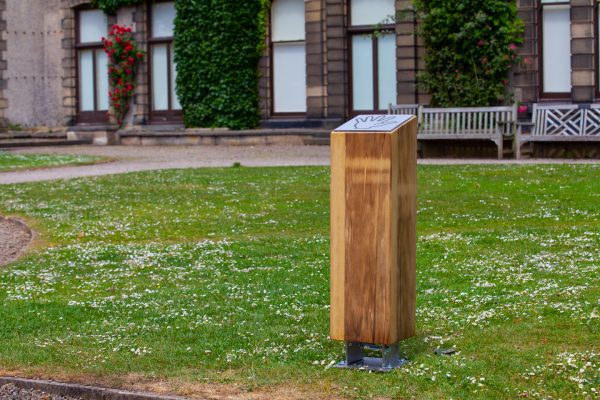 SLKids Design also offer a content creation service to ensure your audio sounds as professional as possible. Contact us for further details.

"High quality audio presentations for any location, at the touch of a finger! - Designed to provide interactive audio information and withstand the toughest weather conditions."

Even though we’re only at the start of the autumn, 2018 will already go down as a year of weather extremes in the UK.

As we approach the end of the gloriously hot and dry summer, it’s difficult to remember just how wild the start of 2018 was. If you can recall as far back as the January, storm Eleanor blew over the country bringing very heavy rain and gale force winds. The end of February and start of March were then marked by very cold, sub-zero temperatures and widespread snow which affected many parts of the UK. Jump forward just a few weeks to the end of April and we had the highest spring temperatures recorded since 1949. The baking hot, relentless summer then followed.

All in all, there have been extremes of all types of weather this year, and while this has caused everyone their fair share of problems, from icy, snow blocked roads to weeks of hot and uncomfortable sleepless nights, it’s actually been a really great year for us to continue to evaluate the first ever TouchPosts installation at Harlow Carr gardens in Harrogate, North Yorkshire.In the UK, if you’re going to design a product that’s intended to sit outside all year round, you have to take the weather seriously! The TouchPost’s sealed outer wooden case is made from specially treated Accoya wood, which we then then seal again during manufacture to create a tough and highly water resistant enclosure.

All the clever TouchPost electronics are then sealed in an IP65 rated case which sits snuggly inside this external housing (as you can see on the image below,) so everything stays nice and dry.

Even knowing all of this, it’s amazing to see how well the TouchPosts have dealt with the extreme weather conditions of 2018. The wooden cases are weathering down nicely, look really natural in the surroundings and everything is working really well. When I last visited at the end of August there were lots of children and visitors enjoying the interactive content in the beautiful Harlow Carr setting.

The six Post solar powered installation was originally commissioned with a Woodland Animals theme, but has more recently been updated with a ‘Birdsong’ theme which has proven very popular. Visitors can hear example birdsong for a variety of birds which can be found in the garden, then take the short walk to the bird hide to see if they can spot (or hear) the real thing.

The ground at the installation site is often totally saturated (which isn’t unusual for this location, Carr means ‘wetland’ or ‘bog’) but we’ve seen the posts work perfectly and trigger with the lightest touch, even during the heavy snow at the end of winter. The ground is currently significantly dryer following the hot summer, but the posts have dealt with the changing conditions admirably.

It would be fair to say if nothing else, the varied and demanding weather of 2018 has given the TouchPosts a more punishing environmental test than they could have experienced at any other time in the past decade. With winter just around the corner, we look forward seeing them continue to change and evolve and take on everything the UK’s weather can throw at them. 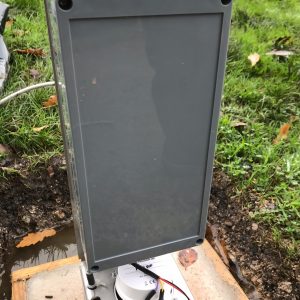 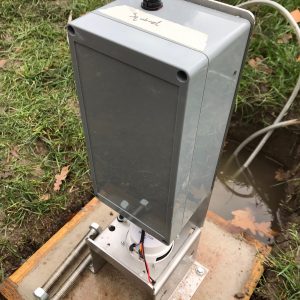 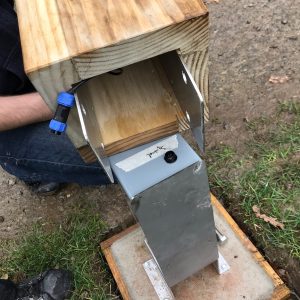 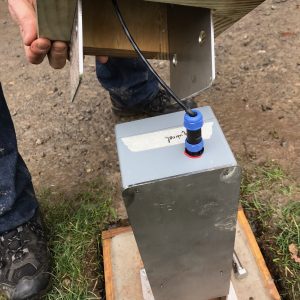 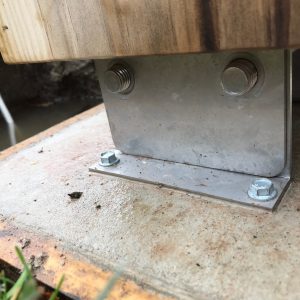 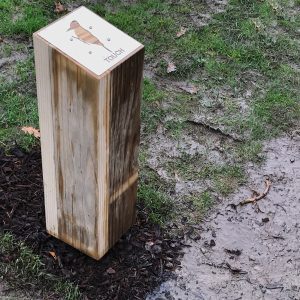 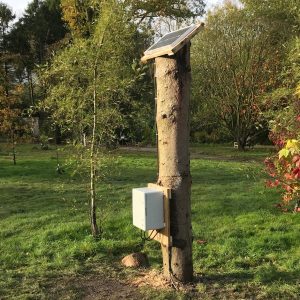 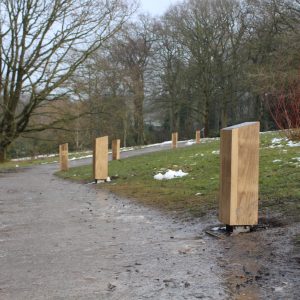 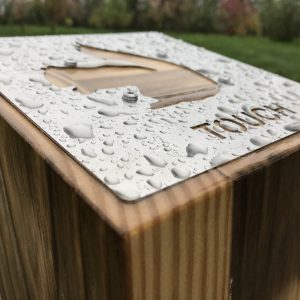